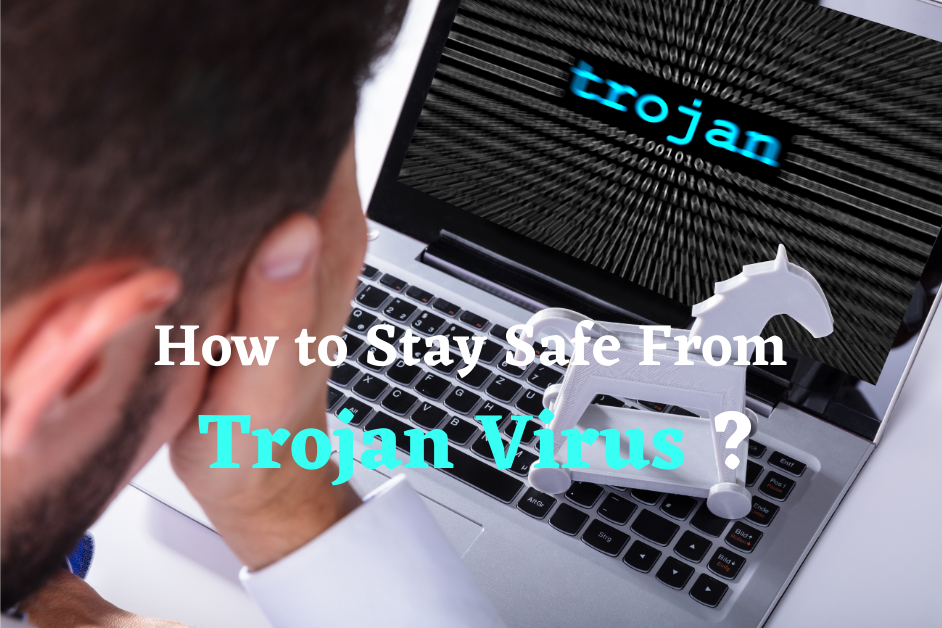 What is a Trojan Virus?

During the Trojan war 3000 years ago, which took place between Greece and Troy it seemed that Troy can’t be beaten because of their great army and their huge gate which cant possibly be broken. So the Greeks found a way to enter the city. They made a wooden horse that was empty from inside and presented it as a gift to Troy outside the gates. But there were greek soldiers in the horse. The Trojans took the horse inside the city and at night the greek warriors came out and took control of the city. 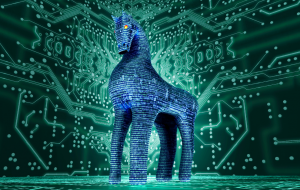 A Trojan Virus works exactly the same way. They will disguise themselves as normal files, videos, free software, or anything and seem legit until you download them. And as soon as it enters your computer it fetches all your personal data and destroys your computer. Hackers most commonly use these to trick people to download malware, spyware to keep spy on the users and get their personal files, Login credentials, Banking details, etc. trojan viruses are getting more and more powerful with each passing year.

How Does Trojan Work?

Let’s start by giving you an example. There are many websites available on the web which you visit daily. For instance, if a hacker changes the source files of the website and injected a Trojan Virus into one of the files, so it seems legit to you, and after downloading the file that virus will enter into your computer. Then it could do many dangerous things on your computer. It can help the hacker to keep an eye on you, modify your data, record your keystrokes, steal your passwords, credit card information, and many more things. Some Trojan will download more and more viruses into your computer once it gets in.

There are many types of Trojan viruses, let’s have a look at some of them.

Backdoor Trojan: Backdoor Trojan is the most used and most effective Trojan virus, it is basically used to create a secret gateway to your computer for the hacker. Then the hacker can control your device, or access your data and steal it. They can even download more malicious software on your computer.

Spyware: Spyware is basically a type of software that helps the attacker to watch your activity then further collect your data like banking credentials, or other useful data.

Trojan Ransomeware: This type of Trojan gets into your computer and encrypts your files so that you can’t access them. In order to retrieve those files back,  you have to pay ‘Ransom’ to the hacker. But, there’s no guarantee that even after paying the money you can retrieve your data back. 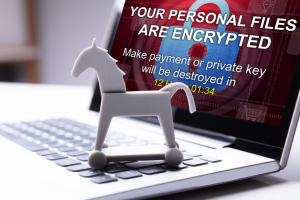 Downloader Trojan: This trojan has just one mission, to get in your computer and download more malicious files. Your system will most likely crash after they start downloading more and more viruses into your device.

Rootkit Trojan: A Rootkit is software designed to provide privileged access to a device without being detected. Rootkit comes with root-level or administrative access to a device and boots together and remove. with the operating system. So it makes them very difficult to detect. Once a rootkit has been installed, the attacker has the ability to further modify your files, steal your data, and change the system configuration.

How to Detect a Trojan?

Trojans are a major threat to your computer. There are some ways by which you can detect if you have a Trojan.

1. Some of your files are encrypted in a way that prevents you from accessing them.

2. You are being redirected to suspicious sites without your consent.

3. Your computer is crashing and the system is slowing down.

4. Unknown programs are getting installed on your computer automatically.

5. Popups appear, launched by the user’s browser or operating system.

7. Mouse or Keyboard operate on their own.

How to Stay Safe from a Trojan?

With each passing year, Trojan viruses are getting more and more difficult to prevent. Although Trojan viruses need your permission to run on your computer, either when you run the program yourself, or if you open a document or image that then runs the program. Yet the hackers are finding more sneaky ways to enter your system. There are few ways by which you can prevent a trojan horse from entering your system.

Don’t visit malicious sites: Websites that offer free movies, torrents, and software are most likely to have trojan viruses. Because nobody gives you anything free these days without their benefit.

Don’t click on Unnecessary links: Never click on links that are sent to you via email or messages without being sure that the sender is legit.

Avoid downloading Malicious Softwares: There are many clone software available in the market that offers free subscription or free content(like; free Netflix or free amazon prime app etc) avoid using them. Many people use hacking software to play games and those softwares contain Trojan viruses or malware. Don’t use them.

Always Update Software on Time: Hackers often exploit software vulnerabilities, while developers try to patch them. If you postpone updates, a criminal can infect you through a security hole that was fixed months ago.

Antivirus Software: A premium Antivirus software like Avast or Norton will keep you safe and prevent any Trojan viruses from entering in your system. An antivirus will also remove any trojans which are deployed in your system.

A VPN: A virtual private network encrypts your internet traffic and hides your IP address, thus improving your security. Some VPNs also have malicious websites or ads blocker like NordVPN.