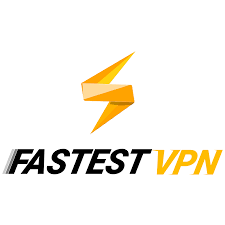 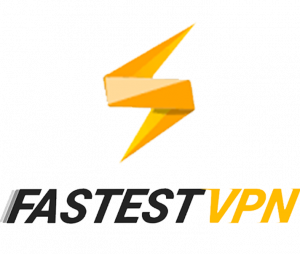 Fastest VPN has improved its speed and privacy and security features over the years, it has no log policy and the pricing is affordable. Overall its a good choice for the users who are looking for a simple VPN to stay safe across the web within a cheap price.

A well-developed VPN is essential in this world where every other app and website is invading our privacy. Letting our data out on a sell and obstructing our work with spam and unnecessary pop-up ads.

Therefore, Fastest VPN is another VPN in our list of reliable and cost-efficient VPNs.

Based out of Cayman Islands, this VPN is a full package of outstanding features like keeping a minimal logging policy which exclusively keeps our web activity out of the picture. With the server network laid into 40+ countries at 52+ locations, this VPN is user-friendly and possesses a lot of qualities.

The fastest VPN doesn’t compromise their customer’s security. They have strong encryption of AES-256 bit which is trusted by security professionals worldwide and offer you the choice of protocols such as PPTP, L2TP, OpenVPN, SSTP, and IKEv2.

OpenVPN is a highly configurable open-source protocol. It’s available free for all platforms and is held in high regard by the community, and it is widely adopted among consumer VPN services. OpenVPN can most easily be configured to mask itself as ordinary internet traffic, which helps it evade detection by filters and firewalls.

IKEv2, a protocol made available exclusively through IPSec, is used to configure the security association, or the specific approach to how IP packets are encrypted over IPSec. While IKEv2 is only available in newer mobile devices, it is considered a more secure extension of the IPSec protocol because devices can switch between a Wi-Fi and cellular network without disrupting the VPN connection.

It was developed as an upgrade to L2F (Layer 2 Forwarding Protocol) and PPTP (Point-to-Point Tunneling Protocol). By itself, L2TP does not offer very strong authentication or encryption, which is why it is used together with the IPsec protocol. L2TP is ideal for use with mobile devices that are not compatible with OpenVPN.

While PPTP is typically used on older operating systems and dated mobile devices, it is the protocol that is most likely to work when the rest are failing. Because of many known security vulnerabilities, however, PPTP is only recommended as a last resort for low-risk speed-intensive browsing, like streaming video. it is only supported in windows currently.

Fastest VPN is not certainly the fastest VPN but it has decent speed records. Though the speeds were inconsistent when tested. When I connected to a US server I got around 80 Mbps download speed and when connected to Japan which is another side of the world for me the speed was barely high to even browse the internet.

fastest is a zero-log VPN service.

Fastest VPn has 24*7 customer support. You can connect to them through live chat or email.

Save $320 on Purchasing a 3-year plan of FastestVPN

GET THIS OFFER NOW

will you get a free trial of Fastest VPN
They are not offering Free Trial at the moment, but they do offer a 15-day money back guarantee so there’s no risk whatsoever.
Can I use a single FastestVPN account in multiple devices simultaneously?
Yes, you can use a single FastestVPN account in up to 10 devices simultaneously.
Do Fastest VPN allow P2P filesharing and downloads?
FastestVPN supports P2P on almost all servers. However, some servers are not recommended for P2P such as the United States, Australia, Hong Kong, Singapore, South Korea and India.