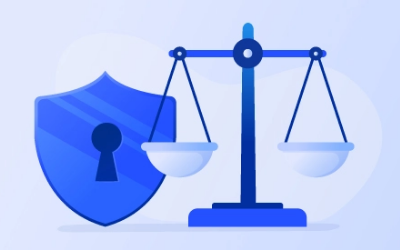 The usage of VPNs has increased tremendously in the past few months as everyone is limited to the four walls of their homes. But friends, before using these VPNs, always pause and the thing about the legality issues in your residing country as VPNs summon visions of illegal activities and shadowy figures of the dark web. This post will deal with the legal issues one might face using VPNs in countries where they are strictly banned, along with the list of countries where using VPN is totally banned. 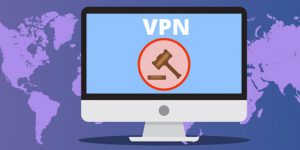 VPNs are legal to be used in the US, India, and most parts of the world except a few countries. They are plenty of valid reasons to desire some degree of privacy, but one must understand what is deemed to be legal and illegal while using a VPN. Every user before buying a premium version of a VPN must go through the terms and conditions section of the service provider. If it is banned in your country and you still use it, the service provider will not be held guilty for your wrong doings.

Using a VPN is legal until you don’t indulge in any of the activities like:

Till you are not involved in any of these offensive and unlawful activities, using a VPN for personal data safety and entertainment purpose is absolutely fine. Also, every country has a different stand on the use of VPNs, and not all consider them an advantageous solution. And that’s the reason that call for the acceptable right to privacy has been festering for many years. In 2018, the congress party voted in favor to kill the laws intended at safeguarding internet privacy.

In countries where the use of VPN is legal, the Terms of Service clearly state that carrying out any unlawful online activity is strictly prohibited. And those involved in such fraudulent or criminal activities will accept all liability to themselves, and not the service provider. But if you are accessing the content of Netflix, that is not allowed in your country, then you are simply breaching their Terms of Use, and it’s not illegal.

So, the final answer questioning the legal status of the VPN is that -VPNs are legal to use as they are built to provide a safer network to individuals, businesses, and larger organizations. But if you are using it for criminal or duplicitous activities, then it’s punishable under the law of any country.

Which countries strictly say NO to VPNs? 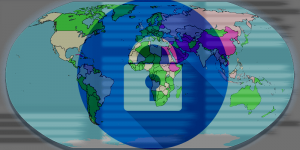 There is a handful list of nations that don’t allow their people to use VPN at any cost. These are a few countries with more obstructive standing around civil rights, and freedom of discourse tends to be the ones that rigidly ban the VPN use. Selected republics, like North Korea, Vietnam, Cuba, Bahrain, Egypt, Myanmar, and Turkmenistan, have very rigorous Internet expurgations, clearly stating that using a VPN in that country is attached to serious imperils, even if there is not an acknowledged lawful veto.

Syria and Libya also put a restriction on VPN traffic, but these authorities fail to have complete domination of their region and structure. In such scenarios, the governments of all these realms can be regarded as unreceptive to VPN use. The names of the countries that have totally placed technical barriers or strict laws blocking VPN usage are:

The governing bodies of all these countries were using a VPN service is illegal or prone to a huge fine, simply want to have eyes on all the online info accessed by their citizens. Possibly, the authorities either don’t want to participate in the open market with fear of losing or they doubt the uncertain mind of their residents. Well, whatever it is, the use of a VPN will offer you unrestricted access until you don’t use it for attacking or invasive crimes. 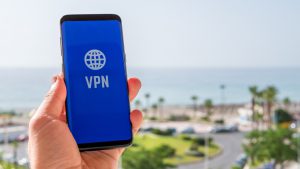 There are many assenting uses of VPNs that simply cross out its negative aspect. The governing firms and large corporations use VPN services to secure their confidential and sensitive data from going into the hands of hackers. Some praiseworthy authors and reporters write on classified and audacious subjects that are not to be distributed till the time comes; therefore, a powerful VPN safeguards these kinds of people from vengeance and meddlesome eyes.

Even when you work or browse on the public WI-FI, it poses a great threat to your device security as it becomes easy to snoop, hack or pollute your connection with malware or steal your private data. Having a strong encrypted VPN will tunnel your connection over a safe network allowing you to make safe transactions and surf anonymously.

If you have a VOIP connection, a VPN will build a strong encoded wall between all your communications. And if you are a big fan of Netflix, Kodi, BBC iPlayer, or HULU TV, then never surf these platforms without a VPN as you might get your account suspended forever. An unlimited VPN service will only help you in surpassing all kinds of geo-limitations imposed on these channels.

As you can see many positive sides of using a VPN, do remember that never attempt to use this service if you stay in the countries where it is totally banned. A little negligence on your part might put you in jail or make you insolvent due to the huge penalties imposed by authorities. Most of the VPN service providers obey the regulations of the country in which they are listed.

Overall, a VPN is a great choice for those who want to explore the internet world without any boundaries. Not only do they offer you unbeatable security, but also keep you safe on public networks, block trackers and malware, doesn’t logs your data, evades geographical controls, and saves you lots of money by breaking free best online deals.

Conclusion on Rights to Use VPN

VPNs are legal in most parts of the world except those mentioned above. Till you do your stuff on the net being in limits and don’t indulge in any criminal activities, a VPN is a fully-loaded platform for all kinds of amusing content. If you ever think of opening your wings too wide, then remember that you will be responsible for your actions and not the service provider. Every VPN service provider clearly declares every rule in their Terms of Service section.

I hope you got all the related info on the topic. If you are still scratching your heads, don’t worry, we are here for you. Just drop your question in the section below and wait for the answer.