Using a VPN is easy but when it comes to choosing a server for the best speed and internet freedom then some users find it quite difficult. Because they sometimes don’t know which server to choose for better speed and streaming experience. And connecting to a VPN server also changes your IP address. So some users connect to another server to bypass geo-restriction over some websites. Here we will show you which server to choose for a better experience

How to Choose the Best VPN Server Based on Your Needs :

How Can You Change Your IP Address Using a VPN?

Changing your IP address with the help of a VPN is pretty simple. Your IP address depends on the location you are in. But when you connect to a VPN server you will be automatically assigned to a new IP address which will be based on the country you choose. So, if you are trying to access a website that is restricted in your country then changing to a different server using a VPN is your best bet.

Why Do You Need to Choose The Best VPN Server?

For example, if you live in India and you are choosing a server in the US or Uk you might encounter high ping or high packet loss. So you have to choose a server that is nearer to Singapore or Japan for a smooth gaming experience.

Why your speed reduces when you are choosing a server that is far away from you? the data packets are going to take longer to go through the client, server, and website(s). Of course, this isn’t guaranteed to happen 100% of the time. Sometimes, it can depend on how strong your CPU is (to handle the VPN encryption), and how much speed your ISP subscription provides.  Also it can depend on the server’s load. VPN server’s load usually means how much internet traffic is traveling via that server at a given time. The bigger the load the more it is expected that this server will slow down your internet speed. To reach the best speeds it is best to connect to the server that has the least load.

How Can You Fasten Up Your VPN Connection Speed?

The privacy and security of a VPN connection are the same no matter where you connect. However, the data retention law of the country you connect to or where the VPN company is based plays a role here.

Some countries require to collect user data that might be shared between the intelligence agencies and governments. These data retention laws might introduce a greater risk of a VPN provider logging something on their servers. So VPN companies might see challenges to keep their strict no-logs policies. Thus these VPN companies are based in such countries where it is not obliged to store user data. VPN providers such as Express VPN or Nord VPN always ensure your privacy while you are online. It is more important when you are choosing a VPN provider to see where the company is based and what their logging policy is.

Here Are Some Best Countries to Connect Through VPN Server:

Some Best VPN Providers Across the World 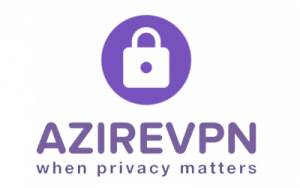 Save more on your subscription with this limited deal!

Up to 35% discounts sitewide on AzireVPN.

AzireVPN provides a VPN service that allows you to access geo-restricted content as it hides your real IP and changes your real-time location. They have over 65 servers in 19 locations worldwide. AzireVPN allows you to connect up to 5 devices and offers you unlimited bandwidth with unlimited server switches on the highest speed provided over your network. AzireVPN has P2P traffic control that means your data would not leak by any means. AzireVPN has a zero log policy that assures you that your data is not being stored by their servers and you can turn on blind operation mode that prevents the server from live traffic tracking. AzireVPN uses WireGuard protocol that is the most modern and safe protocol and it provides you seamless connection. AzireVPN has apps available for all platforms including Android, IOS, Windows, and macOS.

If the services do not meet your expectations, AzireVPN allows you to request a refund within the first 7 days of your subscription.

AzireVPN has a team of experts that will solve all your issues and queries related to the platform in no time, and they can be contacted 24/7 via email.